Aside from this continuing evidence of the reduction in thoroughbred production of South Africa – something that fuels the argument for fresh investment when so many are bailing out – why only 447 2019 born registered? (towards a total of – what? – 1700 and – what? – 1400 in 2020…??? in 2021?) …… Aside from that decline in supply towards falling far short of numbers required for racing let alone export to Hong Kong, here’s today’s topic…. 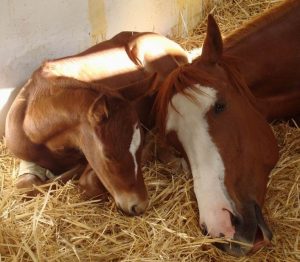 These columns are largely supportive of NHRA (Stud Book) staff efforts, albeit with what we call constructive criticism in the knowledge of international implications for the Stud Book. The contrast with overseas jurisdictions where the trade press and trade associations such as TBAs and FBAs rip into the authorities and sales companies on behalf of their constituent members (who pay them subs to do just that) is stark.

On the basis of several recent events, an observer from Mars would conclude that in SA racing and breeding, the only path to overhaul/reform/improvement or even admitting the need for HELP is firstly to wait for complete collapse.

The key reason for supporting the NHRA (I am talking about Stud Book, not other departments) is the fact that it is under scrutiny from the International Cataloguing Committee and International Stud Book committee more or less continuously for reasons we have set out before. They understand why stake money does not measure up – currency value. They have seen an effort to redress the shambles of naming that the present incumbents inherited. They have seen efforts to reduce the plethora of black type races.

The “model” of the brilliantly successful Japanese bloodstock industry is neither attainable (only 3.5% of races carry black type) nor workable (given a recent sales average of around 7 million rand in a fairly closed community), but more reforms are necessary.

In the meantime, a “clear out” amongst breeders (of mares and human participants) is going on. Brutally, that may not be a bad thing in the medium term, but it is painful on so many levels. Yet those of us – aside from the big battalions – who are sticking it out are being whacked over the head with at least a wet fish if not a piece of wood by fees and (the threat of) fines, not yet backed up by efficiency. Fines are an entirely new culture that has not been given a chance to bed in first.

Some fines have been waived (after the angst) – but not before they have been paid in some cases which has added a burden to NHRA accounting. But the fine that leaps off the page is for late payment of the (new) requirement to register mares IN ADVANCE of the breeding season (by 15th July). *

I am sorry to say that this deadline is daft (= unworkable and acts as a punishment) for two reasons:

And here’s why the requirement to pay by 15th July won’t work: *

Annual mare registration has, for many years, generated enormous confusion and time spent unravelling it. The amount of money is not great (and is diminishing). It should be abolished.

Should you feel as strongly about the demise of the annual mare registration as AllanBloodlines then please contact davidallan(at)allanbloodlines.com.

* the NHRA changed the deadline to 30 September (from 15th July) not too long ago.