MY SUN SETS TO RISE AGAIN 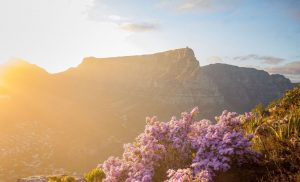 Mr Charles Savage called publicly for dreams, asking the bloodstock press not to harp on about the past. I am not sure what else they could be doing, so heavily conditioned as most are to following editorial masters’, employers’ and/or advertisers’ preferences.  In a country that continuously demonstrates the right to free speech so valiantly, the paucity of journalistic challenges in SA bloodstock stands out.

But…I heartily applaud Mr Savage’s call for forward thinking (a.k.a. “dreams”) and may I add my own frequent phrase “outward thinking” not inward. There is about to be an enormous opportunity to set SA bloodstock right, and I hope that we grasp it with both hands.

In my 3½ years of writing in Turf Talk, aside from the “feature” articles that did not involve SA bloodstock policies, I tried to draw comparisons and to present the SA positives and make suggestions, whilst using certain negatives to illustrate “where we are”.  It is perfectly possible to criticise (politely) whilst being positive. Head-banging does not work.

Although I have occasionally been defined by certain SA figures as (pejoratively) a “foreign agent”, my 17 years here have actually consisted of 100% ownership of a lot of mares imported and home-created (currently 12) producing a lot of winners (not enough black type yet) plus plenty of horses in training – in addition to the syndicated/managed brigades. Overseas activity for SA interests has been both commercial (yes, foreign agent but I hope not too foreign) and goodwill-ambassadorial.

Such involvement qualifies me for feeling as deep in the doo-doo as many. So how come the optimism remains?

While the well qualified Task Team gets on with its work, silence will reign. Drip feeding bits of information about dividends, accounting practices, whistle-blower content and the rest – or the positives upon which Mr Evans surprisingly remarked in public recently – won’t help any of us at this stage.

But we – I – can’t sit and wait if responding to Mr Savage’s call for dreams.

Leveraged purchases of ships, hotels and the companies that owned them occupied me for many years in another life, so here is our Dream A which I should rather call Plan A:

Why not wait for the carcass and play vulture? Why buy the whole thing? Because Old Phumelela’s business overseas is sound and well regarded.

Just as few Mayfair/CTS guests at sales knew anything of the Phumelela tendrils into SA racing and breeding (still the same in 2020), so do many South Africans not know that it was Phumelela that caused UK racing to change from 24 hour to 48 hour declarations. This earthquake (because changeable weather changes ground and ground is all important in UK when deciding where to race) was to accommodate Phumelela-related betting interests in South East Asia (where the sun rises 7 hours earlier than in the UK and completed racecards were wanted earlier). It was a successful power play by Phumelela and cost them buttons. Even now, Phumelela earns well from revenues associated with wagering on SA racing in various countries.

Let us be aware – proudly, if you like, but not too proudly – that SA racing has a place around the wagering world as a consistent, seemingly well organised, friendly sounding product. Not the biggest but solid. A competition to win a couple of tickets to South Africa from each NP associated nation would cost next to nothing if sponsored and would kick-restart the profile.

Many numbers to crunch

Renegotiate and/or refinance the borrowings and deploy invested equity under a detailed business plan that cannot be firmed up until the audit is complete, the figures known and some complex projections considered.

Focus on securing long term facilities for an essentially non-profit organisation, allowing for a reasonable (published) return if outside money – institutional or otherwise – has required it. The overseas element might be a co-investor or, to assist the non-profit status, might be instead a contracted operating partner or adviser.

Have globally experienced racing and breeding elements involved in the take-over. Proper racing people. SA and overseas. Overseas is essential. Sorry but it’s true. We have gone as far as we can recycling a few people – some of whom can be recycled again perhaps – but new blood from SA non-gambling business with racing knowledge (including comprehensive overseas knowledge) is required. Major racing nations bring in overseas contributors regularly. Major racing nations work with but not under major gaming organisations.

Use some of that overseas expertise to secure NP international income streams from gaming products and racing images – a really useful link to the outside world, as well as cash.

Supabets? I’m not qualified to comment but dispose or keep

7 or 8 dozen Betting World shops is it? If anything like SAA (my carrier of choice to/from SA as was), they may employ too many people. Domestic or overseas experience could sort them out but Dream/Plan A takes things further.
Their doors might be opened to lots of new people. Otherwise they are a waste of well located space and need to be sold for money.
We cannot recreate French wine bars with betting terminals (which keep French racecourses empty anyway) but a one-stop corner shop? Coffee and sandwich bar?  Sports bar (but not too alcohol driven in the daytime)?  You name it. Incorporating the betting desk , terminals, data and televised sport with broadcasters and press promoting the 21st century facilities. Pop in and get hooked on racing!

Tellytrack is a key factor, although the goal must be to get horse racing’s big events on to terrestrial TV and horse racing somehow more integrated into the DSTV family of sports channels.  Don’t blame the Tellytrack presenters. They are working to an editorially prescribed formulaic template based almost entirely on generating betting income. Some are good and some are not, but where the best racing broadcasting around the world discusses form (and so much more), leaving it to the punter or sports fan to pick a winner, the complicated SA “exotics” and the betting-driven editorialising lead to a long winded single presenter finally arriving at which runner he or she thinks will finish fourth!! Really?

Mr Savage you really want dreams? This – our working lives – is all about the horse.

Pocket Power was such a missed opportunity. Here was a horse who actually transcended the sport as a star (ironically because he did not go overseas). The tear-jerking farewell at Kenilworth affected people in the crowd who were otherwise only there for the party.

Just as Red Rum, Desert Orchid, Best Mate and the like “opened” supermarkets, betting shops and children’s playgrounds, drawing crowds and showing some people a racehorse(and his/her dedicated people) close up for the first time, so might Pocket Power have been so deployed.

Watch how Mums and Dads and the children patiently queue to approach a black beauty of a cavalry horse at Horse Guards, or hang around for ages if a couple of huge police horses are on duty, indulging them with friendliness from a great height. Horses have magic.

Now, any retired good winner would cause a stir in the equivalent of the High Street or in a public place. Like when we reopen all those coffee and sandwich bar betting shops….

I have written at length about the appropriate PR machine I should like to shape – a national (not regional!) company within the group working with but not part of the racecourses, and feeding a press, less shackled by restrictive editorial policies.

I commend to you my Battle Bus mobile Exhibition Stand for educational campuses and other gatherings of people who have not a single clue about the status of the racehorse in South African employment statistics let alone his or her magnificence. It was all in several Turf Talk articles.

Citizen of the World

There has been, traditionally, an aversion in SA bloodstock to overseas influence and some methods. How much of that was due to protecting positions of power and how much actual prejudice cannot be gauged. I felt it first hand at two big career moments, but it has surely lessened by now.

Our SA bloodstock ambition might be expressed like this: I wish we could have a senior person in every element of SA racing and breeding who would hold his or her own in a global conference of such leaders, drawing more people into our orbit. A global conference of sales company CEOs for example, or Stud Book keepers, or broadcasters. Even better, we pick one and hold one (a global speciality conference – it would only be a couple of dozen people). But not until we are restructured, up and running.

The opportunity for our sales company structure is also very enticing. Right now, uncertainties prevail but should become less uncertain during the balance of this year when powerful, innovative marketing can start to have impact.

Clearly we cannot have a sale in February/March in which 56% of yearlings draw no bid or R15k (which often means no bid anyway). The percentage increases exponentially with only slight raising of the bar e.g. to R30k, a fraction of a workable level.

But we could have a sale in February/March good enough to draw proper crowds in time depending on the balance of the programme, on international awareness and perhaps participation, on national government somehow exorcising its residual demons and on the promotion of the horse him or herself.

I am involved in creating two new stud books in Central Asian countries, working with Weatherbys and the like. One local person with good global knowledge in such countries is the leader and anchor. In South Africa? Whether within the NHA where good people making good efforts are still forced into making a meal of it, or outsourced to experts as in the UK, Stud Book keeping is an extremely specialised, boffin-type of activity.  Two human encyclopaedias of the global thoroughbred and some crack-hot PAs could do the SA job within the NHA (if isolated and not dealing with myriad other aspects of racing and breeding) or outsourced in a well equipped small office anywhere. It can be a profit centre through publications, not through fees levied on impecunious breeders such as are not levied anywhere else.

Why will it work?

So, Mr Savage. Yes, we CAN dream…but. ….on what strength?  The answer is the strength arising from slimming down through breeders breeding much less and, sadly, much destruction of horses.

It stands to reason. A shortage – perhaps a chronic shortage.

The economics are inelastic, at least until the national economy has exorcised its demons and recovered. Therefore half the horses will not cause double the prices. But a shortage will have impact. Not least in making an already small Stud Book job even easier through further shrinkage.

The industry is having a dreadful clear out. Catalogue consigners are diminishing in number and in number of individuals the remainder consign. Some breeders’ secondary businesses on their land are now primary.  Mares, in foal or not, and even young stock are being destroyed in numbers. If this is the harbinger of a refreshed and replenished gene pool down the line, the result will have great merit but the methodology is so, so hard.

Similarly, destruction is occurring at training establishments. Some of us have rescued or helped some horses even when difficult to afford…more plainly put… even when it is others who have stopped paying for them, or stopped paying us. Some of those killing stock are doing so pragmatically as they see it; some are taking the COVD19 opportunity to walk away; some are in deep distress in all senses.

Nothing like watching a beautiful sunrise is there? Dreams Mr Savage? See you at the pub.