YORK regularly vies with Cheltenham for The Racegoers Club Best in Britain vote.

THOSE opening words above the iconic Star Wars crawl became established in the 70s onwards as an evocative way of describing something other worldly in the distant past. And so it seems in the context of doing what would be unthinkable today on and around the racecourses of Yorkshire.

York is this correspondent’s favourite racecourse. The enormous layout on the Knavesmire has superb facilities, Group 1 racing, historic valuable handicaps and special festivals when Yorkshire dresses up and comes out to play.

At a trainer’s summer party for his owners, a new client of ours chatted with the Head Lad who was a lugubrious soul and did better when confined to barracks. When he told the lady that her horse wouldn’t be a good horse, the undiplomatic impact took a long time to be reversed – or perhaps never was even though the filly won twice.

A less dangerous expression is “Saturday horse” meaning he/she will take owners to top class racecourses from amongst the three dozen available.

But not necessarily on a Saturday. (This is much the same in bonkers England as Tattersalls December Yearling Sale always being in November).

At York all the best racedays are midweek. Last week’s May Meeting – Musidora (Oaks Trial), Dante (Derby Trial) and Yorkshire Cup – ran Wednesday to Friday inclusive. By the way, it was a benefit match for non Maktoum/non Coolmore who won none of the three.

The Yorkshire Cup was won by owner/breeder Mr Bjorn Nielsen who bought yearlings at Cape Premier and Nationals Part 1 this year.

His horse Stradivarius is a massive crowd favourite and was described as “still in the nightclub” before the race, a phrase applied to sleep-deprived jockeys with a hangover “leaving the photo-finish in the bloody nightclub”.

Chester’s earlier May meeting occupied Wednesday Friday, crammed full on the Roodeye where they have raced for 1,000 years under the Roman Wall: Chester Vase, Ormonde Stakes, Chester Cup on the daftest, tightest track but a wonderful place to go racing.

York (Ebor Meeting), Glorious Goodwood and Royal Ascot in reverse order are all mostly midweek, often the best day being first. And there are still plenty of racing people who moan about the Derby being on a Saturday instead of the traditional Wednesday which was a quasi London holiday.

A longer longer time ago, your correspondent taught in what today would be called a gap year at St Olave’s School, York, Junior School to St Peter’s founded in the year 627 A.D. thus the oldest school in England. (Actually, that’s a disputed title – by King’s School, Canterbury – thus requiring an occasional rugby match to decide which is really older).

One other worldly (if now) aspect of my employment was being appointed Assistant (Boarding) House Master with major responsibility from time to time for boys (children) the eldest of whom were not that much younger than me and the youngest were very young indeed. It seemed to work, with the scary Matron keeping a beady eye on everything.

I taught maths amongst other things to 12 and 13 year olds about to sit a serious examination. How the school thought that this was a bright idea, I have no clue, but mathematics, by then more of a thinking process than “sums”, always benefits from rapid mental arithmetic.

Most children in those days were good at mental arithmetic because they had to be. There were twelve pence in a shilling (and ha’pennies and farthings in pennies) and twenty shillings in a pound which was a huge amount of money to save up, thus requiring detailed knowledge of its ingredients.

There were – and are – twelve inches in a foot, three feet in a yard, two hundred and twenty yards in a furlong and eight furlongs in a mile.

To refine their innate ability, I used racing odds. I was cautious. I could imagine a parent screaming blue murder at the idea of introducing Snodgrass Minor to gambling. But I had tipped Grand National winners through school because Saturday sports would stop to listen to the race on the radio, and the focus was not on betting but on what the odds mean in the sporting build-up. 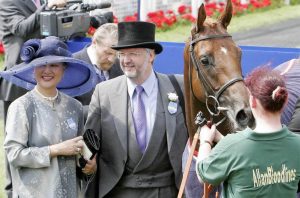 A 2yo winner at Royal Ascot when removed to York during Ascot reconstruction.

The difference between 13/8 and 6/4 is of keen interest to the average UK punter and part of the fun if you do bet, but it is also an indicator of what is going on as the odds develop the picture.

This technique extended to the young Assistant House Master, with someone’s misguided permission, loading a few youngsters into a minimally functioning car with an ersatz exhaust system and brake pads that I had found in a scrap yard and fitted myself after purchase. We drove 30-odd miles to a summer evening meeting at Pontefract.

The antithesis of the Yorks and Ascots, I nevertheless like “Ponte” with its quirky track and have won there several times. It may not be for Saturday horses, but the little grandstand had such acoustics that the roar can be heard way beyond the home of Pontefract Cakes.

During an unfortunate SA mission to The Curragh (another long time ago), an edition of Parade Magazine was the only printed material because the real brochures were blocked in bond in Belgium. Don’t ask.

An article therein included a remark that British owners were “stupid” to race at places like Pontefract (which apparently had bad sandwiches) when they could be racing in South Africa. It didn’t help, especially when (until recently) even The Curragh grandstand was a large, unimpressive tin shack.

Who gave permission for the boys’ outing to “Ponte”? The same person who let me take 20 to a local Derby between York City and Hull City with a fevered 19,000 crowd mostly on the terraces; and who appointed me second in command of 15 boys spending an Easter holiday week camping in the Lakes, including traversing Striding Edge covered in treacherous snow and ice. In a galaxy far away. –tt. 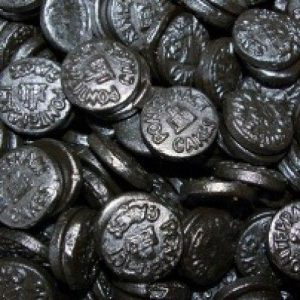 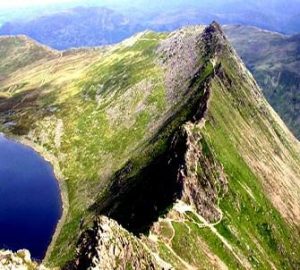 Striding Edge comes with a warning Note that Striding Edge can be a dangerous place for the unwary especially in bad weather. Extreme caution should be exercised.