While marching around the Mistico sales stabling in high temperatures, two separate people made almost the same remark to me. Both of them were/are in formal positions of authority in South Africa racing and breeding.

In the way that one chats about what might happen at a sale, the prophecies of doom pervaded with sound reason. I more or less buttoned it, mostly in order to “get round” then drive back to the coolth of the coast. I might have said something like “who is going to grasp the nettle?”, not expecting an answer. The riposte, not an answer but a polite disclaimer, was “It is a global problem, David, not just South Africa”.

“For ****’s sake” I thought. Talk about fiddling while Rome burns. If [you] think there are – in the various global thoroughbred jurisdictions – a current equivalent mix of Phumelela post-Jooste, impacts on stakes going to court, an NHRA in need of its current reform efforts, not much governance, negligible leadership from institutions, a struggling sales system born of a farmers’ cooperative, empty racecourses and rapidly shrinking stakeholder numbers, you ought to have another think coming.

South African bloodstock issues are its own. Sure, we can point to the EU situation over the years, although the SAEHP has repeatedly said that it is only during the last two years that a state of potential approval has been achieved. Based on my own ex-officio work for SAEHP’s immediate predecessor which helped to progress certain situations, I am sure that is right – and not only for technical reasons. I was removed from my collaboration with the excellent SA scientists because, I was informed, the (then) TBA said “We don’t want foreigners”. Good luck with that outlook. 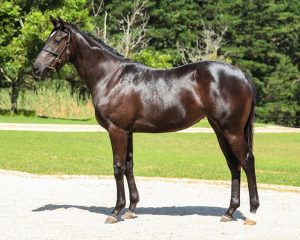 At the same time, there is no doubt that everything in the UK and Irish breeding garden is not a bed of roses. The problem there, however, is specifically over-production in the breeding industry, encouraged by a return to pre-2009 levels causing mares to be brought back into production or additional fillies brought on stream.

Not long ago, we were seeing Foal Sales Days starting at 1000 and finishing at 2330. The sales companies had to do something and “something” was, for the first time ever and with negligible warning, rejecting foal entries by sires selected, or deselected, due to low filly median with no inspections. In effect, the sales company was telling its clientele that they shouldn’t have used those stallions.

Much as there is also need for refreshing the “marketing” of racing in Europe, such developments are from a high volume base of activity. In South Africa, levels are dangerously low.

A significant part – the majority – of our SA sales process is dysfunctional. Many horses have nowhere to go, yet annual foal numbers are dropping rapidly.

In these columns we have discussed in detail how SA is the most expensive bloodstock country in which to produce and sell bloodstock relative to other costs. Breeders are dropping like flies, or to put it less dramatically, are cutting back heavily.
Here’s why.

Whereas press releases after sales are always going to accentuate the positive, have a gander at the following:
46% of the Cape Yearling Sale turnover was earned by Wilgerbosdrift, Mauritzfontein and Varsfontein. Deeply connected with the sales company those vendors may be, this is no cause for cynicism. On the contrary, this columnist has repeatedly said that the benefit to SA racing emanating from these marques is life-sustaining.

Sure, there may be some reserves and buy backs in there as there would be in all comparable situations, but it is patently obvious that many lots from these “big” consigners were sold at arm’s length at way below production cost. (I omit Cheveley who sold one lot very well only because they only brought two).

At the same time, it is human nature to want to buy at a smart department store – one with over 40% winners to runners – so why wouldn’t these three attract more dosh than others?

Whereas BSA impeccably published the “vendor buy backs” (and omitted them from stats) in the brief heyday of the use of that card, only they know how many buy backs were declared after the sale and before invoicing.

The main point if this analysis is this: 23 other vendors (including Cheveley) shared the remaining 54% of the pot. Thin gruel indeed for most.

As a consequence of lack of demand and lack of outreach, here is an unpleasant fact: 56% of all yearlings offered made ZERO or R15,000 (which often means zero).

Periscope Down. Dive. Hit bottom and hope the oxygen lasts.

What dives down may well climb back to the surface

Hence “dysfunctional”. Not a finger pointing exercise, not a declaration of fault. Some readers may know this column’s enthusiasm for the March slot. Just a fact.
We are all going through the mill. In this writer’s case – down to 10 owned mares and down to 10 mares for investors in SA bloodstock. A good friend and supporter of SA racing and breeding over many, many years said to me the other day. “The Sales System here does not work, so we’ve never used it”.

For 7 months of 2017, I mediated together with another more-major-than-me (and devoted) overseas investor in South Africa between the sales companies (pre- Mayfair denouement). We achieved 75% of our goals. I learned a lot. As one does. I think I might know a solution.