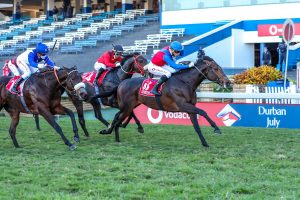 VODACOM DURBAN JULY hero Kommetdieding headed back to Cape Town on Tuesday and trainer Michelle Rix said reality might finally sink in when she gets home.

She said: “It is surreal,” She described her father and training partner Harold Crawford’s reaction: “He was very emotional, he never thought he would even have a July runner and I loved it that I could share this win with him.”

The Crawford/Rix yard became the first small yard to win the big race since Mauritian-born KZN trainer Pat Antelme’s win with Gondolier in 1985.

To underline how massive an achievement it is, only five trainers who could be considered to be “small yard” had previously gained a place in the July this century, St. John Gray, Colin Lee, Stan Elley, Tyrone Zackey and Weiho Marwing.

Michelle said jockey Gavin Lerena had planned as long as eight days before the race to slot in behind Do It Again from their draw of 18 out of 18. He duly found cover behind him in the back straight.

However, he was then shuffled outward rounding the Drill Hall and found himself without cover.

Michelle said: “You would think I would have then have been worried but I wasn’t because Gavin had taken a lot of time to know the horse and we had also made sure the horse had gone into the race fit enough to handle it.”

Lerena travelled down to KZN four times to ride Kommetdieding including in the official July gallops.

Michelle continued, “Billy Jacobson was riding him work regularly too and when you have confidence coming from two jockeys it is definitely an asset.”

She continued, “Kommetdieding has an incredible turn of foot and it is instantaneous and Gavin knew he had to use it at exactly the right time. This horse also loves to be around horses too because he loves a challenge so I knew he was better than his runs in the WSB Guineas and Daily News 2000 where he ran on his own on the outside and then on the inside.”

Kommetdieding was allowed to make up the ground steadily while racing wide from the Drill Hall onward.

Lerena’s astutely drew alongside Do It Again as they approached the straight and this led to this dangerous contestant being stuck in a pocket for much of the straight.

Lerena then got onto the back of Sovereign Spirit and got the sling shot effect as he spun off the latter’s heels.

He only produced the whip at the 200m mark, by which stage his twice conqueror Linebacker had ranged alongside him on the inside and the favourite Got The Greenlight was moving up on his outside.

As Rix had foreseen the response was instantaneous and he stole a narrow but important advantage on Linebacker. With two challengers on either side of him he was never going to be beaten from then onward due to the size of his heart and having been produced to his absolute peak. Lerena also produced a text book, lightning quick change of whip hand at the 100m mark to prompt a change of leg thus ensuring there would be no fatigue effecting his mount. The three-year-old Elusive Fort colt won full of running.

Harold Crawford took out his license in 1976 and this was his yard’s first ever Grade 1 winner. Michelle worked for four years with trainer Andre Heyns before becoming an assistant to her father and they became an official partnership in August 2019. They were both at the Klawervlei farm sale of 2019 but it was Harold who spotted Kommetdieding.

Michelle said: “He saw something he liked.”

Kommetdieding’s Captain Al dam Adorable was a Listed runner up and although she had not produced much to date she is out of Russian Fox mare who was a half-sister to the dam of the Captain Al three-time Grade 1 winner Captain America.

Michelle in fact advised John Koster of Klawervlei not to sell Adorable after Kommetdieding had begun displaying promise but he unfortunately did not heed the advice. Koster must be rueing this decision especially as Kommetdieding’s Querari half-brother won easily second time out at Turffontein Inside yesterday, fittingly under Lerena.

Kommetdieding was not a flashy purchase coming off a farm sale but is soon became quickly apparent he was something special. Owner Ashwin Reynolds took an immediate liking to “Oom Harold” when first meeting him and has thus thrown a lot of support into the yard. Crawford and Rix’s hard work paid off this SA Champions Season and they are likely to gain further support after converting a nice story into a rags-to-riches fairytale. 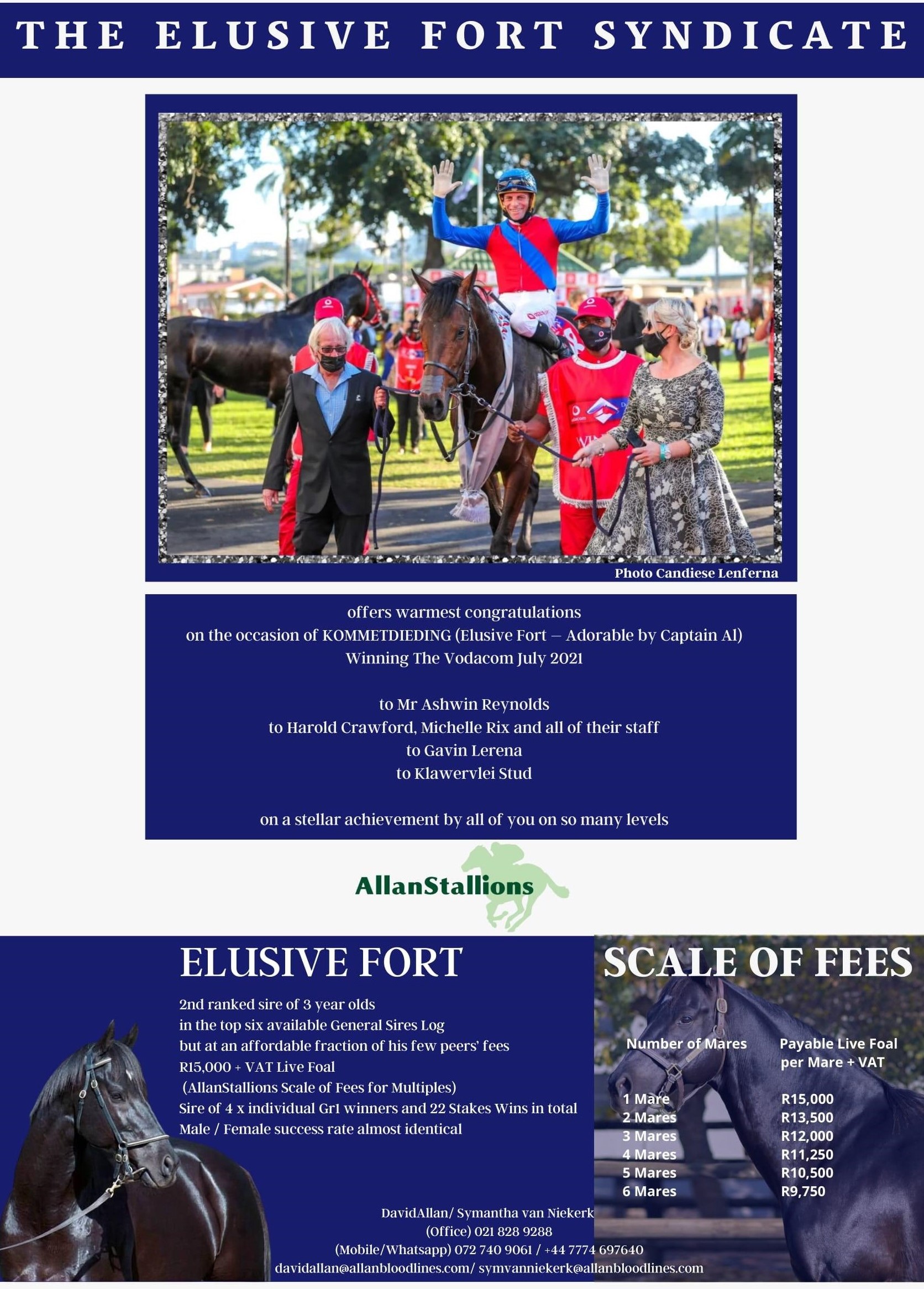