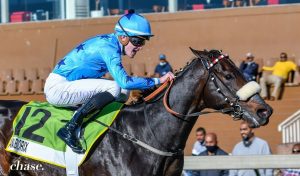 Marshall’s Hollywoodbets Scottsville Grade 1 run started in 1994 when Taban won what is today called the Golden Horse Sprint under Anton Marcus at odds of 8/1.

He won that same race in 1996 with Bold Thatch, win converted 20/1 odds under Felix Coetzee.

He also won the SA Fillies Sprint on 1996 with Wonderful World who was ridden by Robbie Fradd and at 20/1 odds she downed the top class sprinter Harry’s Charm.

In 1997 the Gallic League filly Readallaboutit, who won the Allan Robertson Championship at 10/1 odds under Robbie Fradd.

His next Hollywoodbets Scottsville Grade 1 win was in the 2009 Gold Medallion with the Var colt Villandry, who was brought home by Felix Coetzee at odds of 9/1.

Marshall was particularly proud of his next Grade 1 win at the Pietermaritzburg track, All Is Secret, who won the Allan Robertson Championship in 2012, as he trained both of her parents Captain Al and Secret Of Victoria. All Is Secret was ridden by Anton Marcus and converted odds of 38/10.

In 2016 Marshall scored a Grade 1 double at the Festival Of Speed meeting. All Is Secret’s full sister The Secret Is Out won the Allan Robertson under MJ Byleveld at odds of 14/10.

The Captain Al colt Always In Charge, ridden by Anton Marcus, then converted 5/2 odds in the Gold Medallion.. Ambiorix made it a tenth Hollywoodbets Scottsville Grade 1 win for Marshall on Sunday, winning at odds of 25/3.

It is fitting that he has had such success at this track as he was a pupil at Maritzburg College where he excelled at sport, particularly cricket. for which he represented Natal Schools. 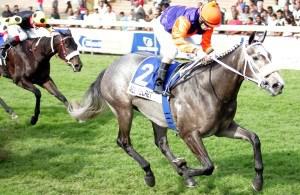 Ambiorix gave Marshall his second Grade 1 win in the space of eight days and his third of the season. His stalwart three-year-old gelding Linebacker has won both the Cape Derby and the Daily News 2000 this season and is 4/1 with Hollywoodbets to give Marshall his first Vodacom Durban July win.

Marshall has for a long time been known for his expertise with two-year-olds, although he is certainly not one-dimensional as his CV also contains three Met wins, five Cape Guineas wins and two Cape Derby wins among other big race success.

Sunday’s win was a particularly impressive training feat as the colt had not raced since the 27th of February when a 2,50 length second in the Grade 3 Cape Of Good Hope Nursery.

Ferraris showed his fine race-riding intuition once again, revealing afterwards he had possibly made a mistake in the Cape Nursery by having him in behind horses.

He said: “I asked Mr Marshall if I could ride him like in his first race. He has a very relaxed running style. He pinged the gate and just kept rolling.”

Vercingetorix is by multiple champion sire Silvano and the latter’s blood already provided success in this family as Ambiorix’s dam Darling Moon is a half-sister to the dual G3 winning Silvano gelding Astro News.

Vercingetorix is proving to be a producer of speed and precocity, unlike Silvano, and this might be due to the influence of his National Assembly dam National Vixen. Both of Vercingetorix’s Grade 1 winners to date have achieved their Grade 1 success in two-year-old sprints at Hollywoodbets Scottsville, the first being Vernichey in last year’s Allan Robertson.

However, Vercingetorix has produced stakes winners up to 1800m and is sire of the Marshall -trained Rascallion, who was a fast finishing second in the Daily News 2000.. 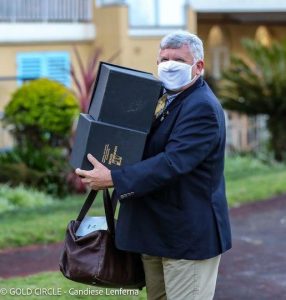 Therefore Ambiorix, whose dam won a Listed race over 1400m, should get the 1400m of the Grade 2 Durban Golden Horseshoe on Vodacom Durban July day.