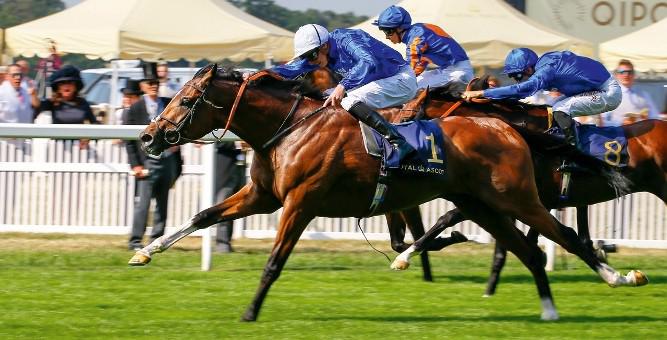 As far as I know, there were 28 new stallions due to commence their careers in February 2018 in UK and Ireland. “Were” is the operative word because a few days ago, the New Zealand based reverse shuttler TIVACI (High Chaparral) had his stint at Newmarket‟s National Stud cancelled.

As far as I know, there were 28 new stallions due to commence their careers in February 2018 in UK and Ireland. “Were” is the operative word because a few days ago, the New Zealand based reverse shuttler TIVACI (High Chaparral) had his stint at Newmarket‟s National Stud cancelled.

This Newmarket institution‘s smart 2018 brochure encompasses its boarding facilities which we are delighted to use be it year round, seasonal or – as during the recent Horses in Training Sales ―parking‖ twenty or more Tattersalls purchases for 2,3,4,5 days until their overseas transporters could pick them up.

Other pages are devoted to sales consignment as a business, to the heritage of the place and tours around it, as well as to education insofar as the stud has students on its heavily subscribed course who form part of the workforce. Rather like a teaching hospital.

But the biggest chunk of the brochure is devoted to stallions. In a veritable splurge of stallion expan-sion, The National Stud had four new stallions (now three – without TIVACI – four was a crowd) joining GREGORIAN at £4,500, a low cost son of CLODOVIL (Danehill) who has proved very popu-lar as did his first yearlings, and MARCEL (£5,000) by LAWMAN (Invincible Spirit), a 2yo Group 1 winner whose first foals start arriving soon.

The theme of today‘s piece is new sires –but not especially to suggest what might or might not be developed afresh into South Africa. It is around three months since I last did that, and half a year since the time before. Enough!

But in examining what is starting at stud in UK and Ireland, we may identify some bloodline trends and predilections so as to help shape plans in South Africa whether for importing new blood in females, or even shuttling stallions if export protocols permit.

One of the National Stud‘s new boys IS from a sire line about which I bang on. ACLAIM is a Group 1 (in France) winning son of the oh-so-commercial ACCLAMATION whose influence is propagated also by his top of the range son DARK ANGEL, who, having retired to stud after his 2 year old career, is already a sire of sires. These include GUTAIFAN (€10,000,first foals just sold) and the €5,000 tongue twisters ALHEBAYEB, whose first yearlings were popular, and his stable companion at Tara Stud in County Meath, ESTIDHKAAR.

Another at the Newmarket farm is TIME TEST, a dual Group 2 winning miler plus, raced by Juddmonte and sold, just as TWICE OVER was sold off the track. Juddmonte can‘t keep them all and TIME TEST is a very interesting acquisition, being a son of DUBAWI from the family of… TWICE OVER!

At higher levels in Newmarket, ULYSSES by GALILEO out of an Oaks winner, won the Eclipse and the Juddmonte International for the top end of his impressive CV. He will have no shortage of support at £30,000 at Cheveley Park. Turn left off Duchess Drive through the impressively gated approach avenue to ULYSSES – not forgetting breeding royalty PIVOTAL in the senior box with amongst others the potentially exciting TWILIGHT SON (Kyllachy) and he with his second yearlings just sold LETHAL FORCE (Gr1 winning son of….Dark Angel).

One in the Cheveley portfolio to watch in my view – not new, his first yearlings have just sold – is the £4,000 16.2hh GARSWOOD (by Cheveley‘s own DUTCH ART by Cheveley‘s own recently retired Medecian). I am a special fan of Kyllachy as a broodmare sire and GARSWOOD is out of a Kyllachy mare.

Turning right off Duchess Drive is the thing to do if visiting the palatial Dalham Hall, home of Darley stallions in UK. Their new boy POSTPONED (DUBAWI) kicks off at £20,000 on the back of being a champion at 4 and 5 and is joined by St James Palace Stakes winner BARNEY ROY (EXCELEBRATION) at £10,000. Darley in Ireland = Kildangan Stud is where RIBCHESTER (IFFRAAJ), winner of four Group 1 mile contests and placed in a whole bunch of others at the very top end, will cost €30,000.

His sire IFFRAAJ now stands at £40,000 at Dalham Hall after a landmark year in both hemispheres.

Kildangan also starts off PROFITABLE who was what his name says. By INVINCIBLE SPIRIT, twice winner of the Kings Stand Gr1 at Ascot, he is a sprinter standing at €12,000. He will thus have a year‘s start at stud (at least) on the blistering HARRY‘S ANGEL (DARK ANGEL), also in the Darley camp.

So how about Coolmore? They have three headliner new boys in CARAVAGGIO (SCAT DADDY) at €35,000, CHURCHILL (GALILEO) at the same fee and the tough as teak HIGHLAND REEL (GALILEO) at €17,500. These lines need no introduction and are yet more strands of the pre-eminent global breeding and racing operation.

With the mutual Darley/Coolmore boycott dead and buried by the new Godolphin regime and Coolmore‘s reciprocation, we await the effect of the blend. Darley/Godolphin has operated without Galileos for years. Now they don‘t have to. And Coolmore has bought yearlings by Dubawi.

Galileo also has a new son at the Irish National Stud. DECORATED KNIGHT is a triple Group 1 winner including a spectacular victory in the Irish Champion Stakes. Reasonably priced at €15,000 he should be a magnet for pedigree buffs being out of Pearling, full sister to You‘resothrilling, dam of multiple royalty already, and both of them full sisters to Giant‘s Causeway (and Tiger Dance). 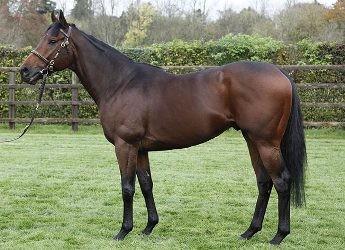 Garswood – not brand new – not expensive but one to watch.

The INS being the home of the great INVINCIBLE SPIRIT, it is fitting that his son NATIONAL DEFENSE, a juvenile Group 1 winner in France, at €12,000, will be housed in an adjacent box.

So there we have it. Or some of it. Not all 27. You have done well if you‘ve stayed with me this far.
It would be nice to think that some of the less familiar sire lines will appear in South Africa one way or another from 2018 onwards. But I wasn‘t going to say that again, was I… Nevertheless we are keeping our finger on the shuttling pulse…