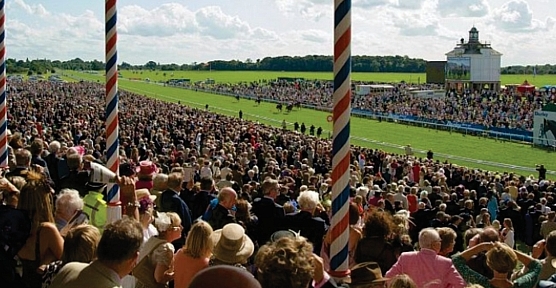 A nice day out at York Races.

WE start this little piece, written during and immediately after a long haul journey to Cape Town, from a standpoint of bias. My favourite racecourse (anywhere) is a four-letter word. York.

This marvellous-to-visit city wasn’t always “York”. It was founded in 71 AD by occupying Romans as Eboracum. There may have been a city there beforehand with the local inhabitants speaking a Celtic tongue something like modern Welsh. But Eboracum – or rather the first four letters – has stuck through the ages.

The great August race festival is and always has been “The Ebor Meeting” featuring the Ebor Handicap which holds its pride of place in spite of the illustrious Juddmonte International, Nunthorpe, Gimcrack and plenty of others on the wonderful four days’ cards.

The Archbishop of York, ranked second only to Can-terbury in that ancient but also modern hierarchy, signs himself with “Ebor” as his second name. His “office” is the wonderful building that is York Minster. It is easy to be blasé about seeing sights but I never tire of the Minster, so even if driving 3.5 hours each way plus traffic for a race meeting, or relaxing on the (packed) train from King’s Cross, there and back, I build in a detour to the Minster for an hour.

In the 9th century, the city became Jorvik with the Jorvik Viking Centre nowadays being only one of many walkable attractions within the city walls which themselves can be “walked” along the top, popping up and down ancient stairs within the various gates through which 21st century traffic now flows.

All the while, some sort of racing and other sport was going on outside the walls on the Knavesmire, where the racecourse itself moved in the 1730s. The “mire” part of the name relates to the marshy, sometimes flooded effect of the River Ouse that flows through the city and sometimes overflows.

The experts say that “Knave” could be a corruption from Knaresborough which also has a mire. However, the “Micklegate Stray” is made up of the Knavesmire and Hob Moor and as Old Hob was the nickname for the devil, the association doesn’t take much of a leap.

York Minster from the air.

However, the “Micklegate Stray” is made up of the Knavesmire and Hob Moor and as Old Hob was the nickname for the devil, the association doesn’t take much of a leap.

There are four “Strays”, by the way, being common land on which cattle owners have had the right to graze since – well – who knows? Because the Knavesmire floods, it has never been development land whether in ancient or medi-aeval times or now.

I witnessed the Knavesmire being completely flooded one winter a long time ago. The Headmaster of the oldest school in England (founded in York in 627 AD – re Vikings) had done something very strange. Being an old boy of my own school in London, he asked for someone to spend what would now be called a gap year teaching in York. Some parents, with very good reason, looked askance at this 17/18 year old child, or “bairn” in Yorkshire parlance, teaching their only-5-years-younger sons maths at crucial examination times.

But way back then, events occurred that would be unconscionable now.

An 18 year old assistant housemaster piling four 13 year olds into a rusting Hillman 10 that I had bought for a few pounds and added brakes from another car? Then driving them to a sunny evening race meeting at Pontefract after prep?

There were other such extraordinary excursions permitted including taking a dozen to the heaving terraces at nearby Bootham Crescent to see fierce rivals York City and Hull City in League Division Three (“League One” these days) in front of 19,000 partisans (usual crowd 6,000). York lost 1-2 which helped the teaching of “learning to lose gracefully”, albeit through clenched teeth.

Regrettably, I could not take school parties to the big York race meetings because they were and are all midweek daytime, same as Ascot, Goodwood, Chester and so on.

The meeting at York last week is within school term, but the Ebor Meeting is out of term.

SMART CALL ran last week at York finishing a creditable 3rd in the Group 2 Middleton Stakes for fillies and mares – she by now being a 6 year old (northern time) version of the latter – over York’s extended mile and a quarter, the Dante distance. In the Dante itself, for 3 year olds only thus a serious Derby trial, ROARING LION may or may not have thrown a spanner in the works of SAXON WARRIOR’s all-the-rage status, but at least did great justice to himself, while last year’s super sprinter HARRY ANGEL made his seasonal debut with ease in the Duke of York aiming for another July Cup.

In 2004, when Ascot was being rebuilt, the Royal Meeting was moved to York. So often called “The Ascot of the North”, York’s broad, fair acres were the obvious substitute location. We were fortunate enough to have two racing-experiences-of-a-lifetime rolled into one: a winner at Royal Ascot and a winner of a black type race at York.

For readers who may visit the UK sometimes or often or once, put a day’s racing at York on your list. If London is the base, the trains to York are fast and often. The cab ride to the Knavesmire takes a few minutes, although many favour the couple of miles walk out under the walls, down the Tadcaster Road to the part of the Knavesmire where gruesome public executions took place for hundreds of years until the end of the 18th century.

Dick Turpin met his end there, but relative enlightenment saw all that finish in 1801. 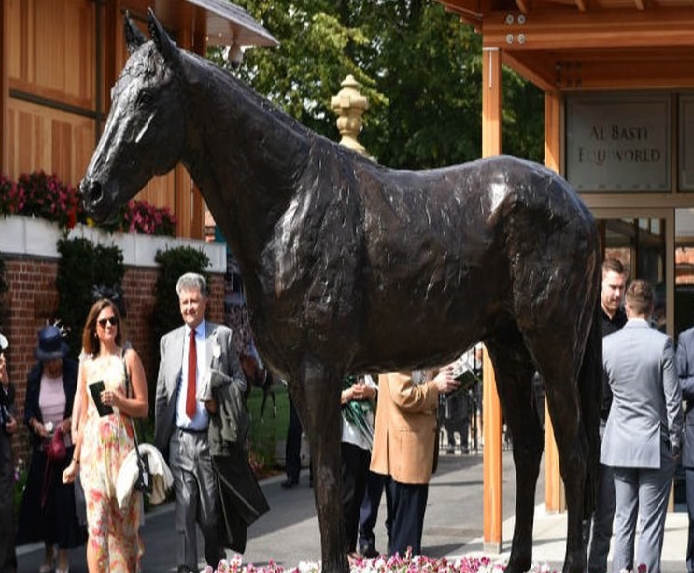 Frankel’s 2012 Juddmonte International win at York was beyond impressive. Here, his bronze checks out the arriving Owners & Trainers.

Marvel at the Minster; shop in The Shambles; cruise the museums and enjoy the smart developments at York Racecourse.

UK racegoers who don’t go racing week in/week out but pick and choose their attendances say “It’ll soon be Ascot” or “Can’t wait for Goodwood”. Yet many professionals find Ascot exhausting – the older they get, the more exhausting perhaps.

None would ever decry Glorious Goodwood’s magnificent setting and its special Group 1s. Many “can’t wait” for Chester’s May meeting and many are waiting for the little local meeting down the road. 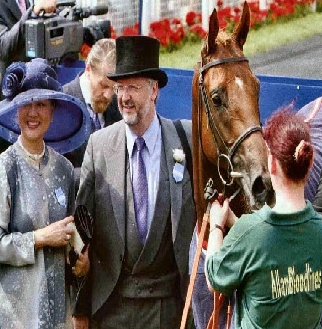 Two in One! A Royal Ascot winner at York.