MY current stint in UK got extended the other day, well beyond the recent July Sales and July Festival in Newmarket – mostly for South African-related reasons as is usually the case – so I wasn’t able to attend the Central Route Mixed Sale at Durbanville last week.

I wish I had. Why? Because it provided a rare example of positivity.

Our friends and representatives there tell me that this was principally because there was very little of what I referred to last week – and before – as tub thumping and superlatives. Not much of that. The catalogue spoke for itself – easier, of course, with horses in training and some mares from sources that may have chosen well in the first place and where fact and an assessment of upside are the issues, not fashion and narrow views of stallions.

Those who spoke to me in UK last week, pursuant to the publicity predicting SA racing’s demise and before last week’s Turf Talk Monday Column, spoke to me again. Or some of them did. When I mentioned the proceedings, the reaction was “Oh Dear….another bloodbath?”.

On the contrary, it has been pleasant to point out that proper prices in SA scales were paid for proper horses of one type or another, including declared percentages of some, and that they (the people asking) should have been there to invest in the future.

There’s time enough for that, it‘s true, but if the supply to that CRT sale and its predecessors this year and within substantial consignments to other 2018 sales creates demand from deep and fairly deep pockets –domestic ones – then where will that demand find an outlet in 2019 with no such supply?

The off the cuff answer is “Back in the yearling sales of course!” and we all hope that will come to pass.

We, also, all hope that such domestic demand will be bolstered by overseas players. That is already very much the case in the sales with fair returns – CPYS and NYS Part 1. Without overseas spending even from relatively few sources, results would look a bit thin. 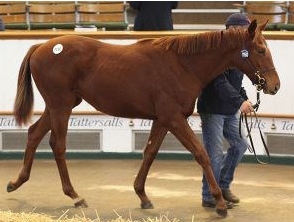 But that is absolutely fine! How many times does Tattersalls trumpet the 30+ nationalities spending at their horses in training and breeding stock sales? Every time. Quite right too. At UK and Irish yearling sales, the money also comes from all over the place.

So…picking the bones out of the above few paragraphs, what would logic demand in South Africa? The same number of yearling sales as now? Certainly no more. Or maybe one less. Certain of us have worked extremely hard in that area of reduction. Then Mayfair “happened” and we await the final detail of the outcome.

But in addition to that the market-place and all of us within it need to make the world go round with more cross-trading at every other stage of a thoroughbred’s life. Mares in foal, fillies, foals/weanlings and horses in training.

Broodmares: the extreme domestic case is to have a certain broodmare band, stick with it when times are good because people will buy what is on offer, then cull somehow when times are bad – and shrink. Understandable but let’s plan ahead.

When you look at the ropey pedigrees in Australia that attract money at ordinary level, then compare the SA experience of not getting into sales or not being able to sell off comparable pages, you can see that it is a matter of supply and demand. Whilst working on that demand, not hoping for it, we must recognise that most pedigree pages get worse, not better. Refreshment is essential.

Right now, there is no cash around to go out and buy many replacements, let alone upgrades. Now is a classic time for mare shares, foal shares, pooling assets and working with friends and neighbours.

Creation of markets for unwanted mares and fillies in training can be a matter of investing in new buying markets. Life is not all about ritzy market places. Mares are bought into several North Afri-can countries.

Further south, Kenya “doesn’t breed” but how much would it take to get 40 sold to Kenya with a transport incentive/assistance package? Subsidies are required but not expensive ones. Other countries have turned their bloodstock industries around in this way.

Zambia has a big appetite for polo horses. My friends – good horse people all – buy truck loads of them from Zimbabwe. “So breed your own – we’ll help you with the whole process”. (I am quoting, in my dreams, the South African Blood-stock Authorities).

And of course the key is Horses in Training, especially if “exports” comes to pass – and whilst the result will be the result, the way it is being handled now (for South Africa) is exemplary so we must remain optimistic.

Either way, Horses in Training Sales – a la Michael Holmes before he moved into BSA, and CRT now – are the future. Waiting for buyers to parachute in, works for obvious horses, but when Tattersalls crows justifiably about 30+ nationalities, many of them are buying below the average. 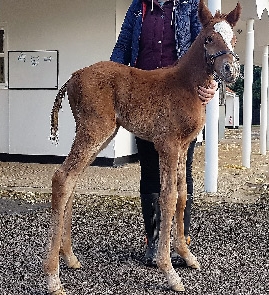 Three breeders, each has a farm; share six mares and their foals, keeping two each.

The Sporting Post and some other publications including this one are to be commended big time for publishing or re-publishing some articles that are critical of South African racing. That is as it should be.

The latest is the profile of Graeme Hawkins who – whilst undoubtedly wanting to work to continue to be optimistic after several decades of service – is quoted as saying in 183 words how the whole thing has fallen to bits. There must be counter-point, extolling the virtues to new people in a calm collected manner. 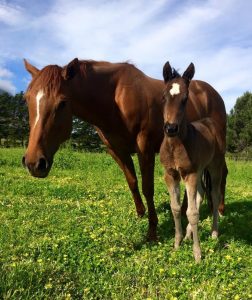 Owned in shares by the mare owner and the partner who pays for the stallion and the farm that doesn’t charge.

The excellent 1969 film THEY SHOOT HORSES, DON’T THEY? is not about shooting horses. Oscar and BAFTA nominations rained down on Jane Fonda, Susannah York, Gig Young and others for this depiction of people in depression-era circumstances.

The title is a shockingly spoken justification for shooting a desperate person. We are not in 1930s USA, but to ward off desperation in a bloodstock context, bring on (he said for the umpteenth time) the proper promotional and administrative machine for our sport and industry. – tt.